Vietnam and India have become the big winners!  Transfers of South-East Asian textile enterprises should be taken seriously.

Three years ago,the COVID-19 pandemic and international trade frictions intensified,making foreign trade increasingly difficult. Labor costs are increasing year on year and freight costs are slowly rising,giving Southeast Asian countries an opportunity to take advantage. Vietnam is the big winner.  In the first half, 50 percent of garment exports went to the U.S.Total shipments were $17 billion.Vietnam exported more than 50 percent of its apparel to the United States out of total exports of $17.875 billion in the first half of this year (H1).About 78 percent of the country's garment exports go to just five countries: Japan, South Korea,China and Canada,according to an analysis of export data.Japan is the country's second-largest market. 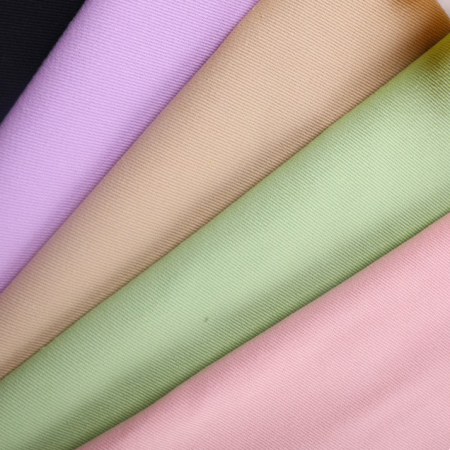 A surge in trade between the U.S. and India

Strong consumer demand in North America and a shift in some purchase orders have driven a surge in trade between the United States and India during the pandemic, according to the JOC report.Bhavik Mota,Maersk's regional shipping management director for Central Asia, said the China-plus-one sourcing strategy of US importers would continue to benefit Indian manufacturers even if economic growth slowed.(The China-plus-One strategy is a business strategy to avoid investing exclusively in China and diversify into other countries.)"In the first half of 2022, we have seen sustained demand for goods from India to North America despite rising inflation concerns and their impact on consumer behavior in Western markets." Mota said.

According to S&P Global PIERS, container traffic between India and the US rose 8.3 per cent year-on-year in the first half of 2022 after surging 23.5 per cent in the whole of 2021.Much of that increase was driven by US imports from India,which accounted for about two-thirds of the 1.16 million TEU of cargo shipped between the two countries in the first half of the year.Imports from India rose 12.4 percent in the first half of the year,after surging 31.4 percent in 2021;U.S. Outbound shipments to India rose 1.1 percent in the first half of the year, after rising 10.5 percent last year.Total merchandise trade between India and the United States rose 48.3 percent to an all-time high of $119.42 billion in the 2021-22 fiscal year (ended March this year), pushing the United States to become India's top trading partner, commerce Ministry data showed.Daniel Krassenstein, head of global supply chain at Procon Pacific, a U.S. industrial packaging maker, said China remains the world's largest production center,but tariff conflicts, the impact of the pandemic and rising labor costs are slowly eroding its dominant market position.He added that increased industrial productivity due to automation and worker training was helping to reduce manufacturing costs in India, especially for "labor intensive" consumer goods.An executive at a Mumbai-based garment manufacturer,who asked not to be named,noted that U.S. importers had been looking to reduce their reliance on Chinese manufacturing long before the pandemic triggered a surge in consumer demand in the United States.

"For example,China's garment exports to the US fell 24.2 per cent in January 2022 compared with the same month in 2019, while US imports from India accounted for 53.4 per cent," the executive said. "Us fashion houses may find it operationally unfeasible to source many of their clothing products from China as the US Customs and Border Protection is set to release its enforcement strategy on Chinese Labour,which is expected to further boost the potential demand for Indian goods."

In addition,major ocean carriers have increased capacity between the United States and India in response to increased demand.Sunil Vaswani, executive director of the Container Line Association,which represents foreign carriers operating in India, said: "Exports from India have grown over the past two years due to increased efforts to re-ship empty containers back to India and the introduction of extra capacity by shipping companies."In terms of cargo volume,MSC and Maersk saw the largest increases among the leading shipping lines operating the Indo-US trade route,JOC reported. MSC handled 34.1 percent of US imports from India in the first half of 2022 ,up from 20.8 percent in the same period of 2020,due to a 178.3 percent increase in cargo volume.Maersk's share jumped to 17.5 percent in 2020 from 9.5 percent, helped by a 212.3 percent increase in cargo volume.Southeast Asia highlights its strengths.However, there is still a gap with China.

The "China Plus One" strategy is known to be a business strategy to avoid investing only in China and diversify into other countries.Western companies have invested in China over the past two decades because of low production costs and a large domestic consumer market.But as the rising cost of doing business in China adds to operating costs,the initial advantages of cheap labour and market demand offered by China are slowly being eclipsed by the advantages that ASEAN countries can offer.Benefits include cost containment,diversification of risk and access to new markets in the economy.But the strategy has its own difficulties, including adapting to new laws,new markets and a leaner presence in multiple locations. And leaving China altogether is not realistic.The China-plus-one strategy has also benefited China,which has been able to develop high-value-added industries while maintaining low-end manufacturing.It does, however, reduce the amount of manufacturing growth, giving other economies a chance to prosper.

In short, in recent years, the advantages of Southeast Asia have gradually become prominent, and it has won the support of many countries and increased its export volume.To that end, we have to be careful.Southeast Asia has seen rapid development in recent years.While there is still a gap between Southeast Asia and China,we should be mindful of the dangers in times of peace.The lessons of history teach us not to look down on any opponent, not to belittle ourselves, not to be arrogant.Although Southeast Asia is far from China at the moment, it is likely to match or surpass China in the future.