The impact of the Indian epidemic on the textile industry

In this country, it can be said that the only number of people infected may exceed 700 million. The epidemic is extremely serious, but the people are quite optimistic.

According to institutional research, India may become the only country in the world whose confirmed diagnosis may exceed 700 million, that is, 60% of the entire population has been infected. So many people have been infected, why has India only announced 10 million so far? In fact, the reason is very simple. On the one hand, India’s medical conditions are limited, and on the other hand, India’s current testing capabilities are also very limited, and the Indian government intends to reduce the scope of testing, making the entire epidemic seriously underestimated.

As everyone knows, India is actually a country with a huge textile and clothing industry. It is understood that there are more than 17,000 garment processing factories in the southern city of Tirupur. More than half of the country’s garments originate here, which is equivalent to China. Guangzhou's clothing wholesale market is a place where an industry has developed. 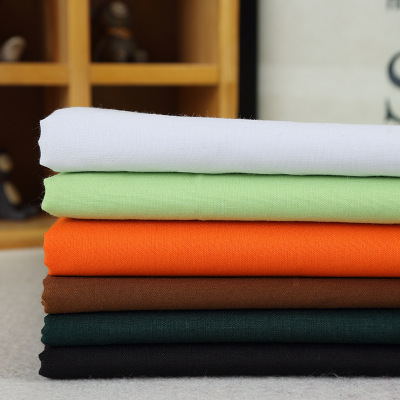 In recent years, India has always been accustomed to comparing its economy with China. Although the total economic growth cannot be compared, it simply exceeds the economic growth rate. However, it is impossible to imagine that an epidemic has directly "overturned" India's economic growth. What is even more surprising is that India suddenly "changed its attitude" and transferred the tightly held orders to China, and this batch of orders actually accounted for 20% of the total orders. Why is India suddenly so generous and willing to take the initiative to share orders with China so that Chinese companies can make money? Could it be that there is no such thing as "silly"?

Since the epidemic swept through India, according to the latest data, the total number of confirmed cases in India has exceeded 32 million, and the death toll is close to 440,000. Many clothing industries have been difficult to produce and even closed down.

Tirupur in southern India is known as the "India's Textile and Clothing Capital". Here, there are more than 17,000 ready-made garment processing enterprises and related supporting industrial chains have been established. Although there is still a considerable gap compared with Guangzhou in my country, its scale and supporting services have gradually matured. More than half of India's clothing comes from here, and a large number of overseas orders flow from here.

However, the epidemic changed everything. Since the outbreak in India has not been completely controlled, the Indian market has shrunk. At the same time, many overseas orders have also been affected by the epidemic. In addition, workers often suffer from infections, resulting in a drop in production efficiency. In the end, many small and medium-sized factories were forced to close temporarily or directly declared bankruptcy because they could not bear the losses. But some large factories are facing three embarrassing problems.

First, the impact of the epidemic on factory attendance

Second, the impact of the epidemic on the backlog of orders

Because some large factories still have a lot of orders in their hands, it is impossible to stop work. Once work is stopped, not only orders and customers will be lost, but also a large amount of liquidated damages. Therefore, even if you bite the bullet, you have to start work, and even more so, you have to keep a part of your production capacity. However, even if part of the production capacity can be maintained, it is still difficult to compare with the peak production capacity. This also leaves them empty of orders but not enough capacity to complete them. As a last resort, they have to transfer this part of the order to China.

Finally, the impact of the transfer of Indian orders on our country

It is also the most embarrassing issue for Indian companies. That is, after up to 20% of the clothing orders were transferred to China, a large number of overseas orders also "bypassed" India and went straight to China. As a result, under India’s “God’s Assistance”, my country’s clothing exports from January to May this year have achieved an increase of 17.3%. In just six months, the total export volume reached 112.7 billion U.S. dollars.

Faced with this situation, to be frank, Indian companies are "very unhappy", but they are nothing. Throughout the world, the only country that can accept 20% of India's clothing orders is China, and the quality of the clothing produced can be guaranteed. In this way, Indian companies can at least retain customers.

Prior to this, the relevant Indian authorities had given a set of survey data. According to the data, the garment production factory in Tirupur City lost far more than 100 billion rupees during the epidemic. Calculated according to the current exchange rate, it is approximately 8.686 billion yuan. However, the real loss is even greater, and it is likely to reach RMB 10 billion. In desperation, India can only turn to China to transfer 20% of its orders to China, hoping that China can undertake this batch of orders.

Why choose China instead of Vietnam or other countries?

First, China is close to India.

The domestic epidemic situation in China is now stable, and Vietnam and other Southeast Asian countries are still deeply affected by the epidemic. Only China has the ability and strength to accept orders.

Second, China's textile industry is also well-known in the world.

China's textile industry with high quality, it is absolutely reliable to find China.

Third, the Chinese market is huge.

Many countries sell their clothes in India after they manufacture them. Now they can sell directly to China and save tariffs, which can be said to be a win-win situation.

For this reason, some Western media said that Tirupur, India, had missed an excellent opportunity to narrow the gap with Guangzhou, China because of the epidemic. On the contrary, as far as clothing production and export are concerned, due to the epidemic, the gap between the two parties is getting bigger and bigger. However, some Indian economic "experts" have given different opinions. In the eyes of Indian experts, although the epidemic has caused a considerable impact on the clothing production in Tirupur, it is also a major "shuffle". event".

When the epidemic is over, the large and medium-sized garment factories in Tirupur will absorb more labor and carry out market integration. After that, the strength of medium and large garment factories and enterprises in Tirupur will only increase instead of decreasing. In the long run, this will lay the foundation for the rapid development of garment production and exports in India.

However, compared to the optimism of Indian "experts", local people said that we simply cannot compare with China. This is true of the epidemic, the manufacturing industry, and the same is true of clothing production. China's clothing exports are growing, and even if local clothing factories can survive the epidemic, they will eventually be "ten will not save three."

The closure of a large number of factories means that there will be a lot of unemployment in the local area. So, how can the situation be optimistic. Regarding the views of Indian "experts", the local people's attitude is very clear. They believe that "experts" do not have a backache while talking, and are of no use at all. Despite this, the local factories are still trying to "survive" and apply for subsidies from the local city-states, hoping to survive this "cold winter".

In general, the impact of the epidemic on the world is particularly large, especially the labor-intensive industries are more severely affected. Fortunately, these industries in India are not high-precision technology, otherwise it would be difficult to find someone to take over.