Recently, due to the surge in confirmed cases in Southeast Asia such as Vietnam, the manufacturing industry may partly return to China. Some phenomena are reflected in trade, and the fact that manufacturing has returned. A recent questionnaire survey by the Ministry of Commerce shows that about 40% of foreign trade companies’ newly signed export orders have increased year-on-year. The return of overseas orders does indeed usher in unprecedented opportunities for small and medium-sized enterprises, and at the same time it also brings no small challenges. 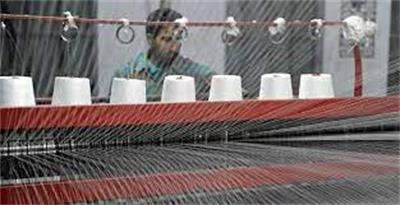 Normally, July and August are the traditional textile off-season, and the textile market will not change much in these two months. However, since August is approaching the peak season, the weaving market has always been preparing for stocking in advance, so the weaving market in August will have a clear upward trend compared to July. In 2019 and 2020, the weaving operation rate in Jiangsu and Zhejiang regions began to rise sharply at the end of July and early August. But this year this trend is very unobvious, and even the operating rates of major textile clusters have declined to varying degrees after entering August.

According to recent surveys on the textile market in Guangdong, Jiangsu and Zhejiang, and some foreign trade companies, weaving, fabrics, clothing and other terminals have received orders smoothly since July, and they have basically reached more than 80% and even started up at full load. The pattern of "light but prosperous".

Many companies reported that since July and August, the orders received in developed countries such as Europe, America, Canada and other developed countries are mainly Christmas and Easter (especially the return orders from Southeast Asia are more obvious). They were placed 2-3 months earlier than previous years. Low-grade, poor profit, but long-term order and delivery time, foreign trade, textile and clothing enterprises have relatively sufficient time to purchase raw materials, proofing, production and delivery. But not all orders can be traded smoothly.

Due to the impact of the epidemic, many orders had to be postponed. In order to make a smooth transaction, they had to quietly intercede with customers, hoping that they would understand. But they were still rushed by customers, and some of them watched customers cancel their orders because they couldn't deliver the goods...

The season of Golden Nine and Silver Ten is coming soon, I wanted to develop a few more new customers and have a big fight. What can be faced is that the exhibition is cancelled or postponed, and other countries have also closed their countries due to the epidemic. The customs of the country where customers are located have also begun to strictly control various imported and exported products. Import and export operations have become very troublesome. This led to a sharp drop in customer purchases.

According to feedback from some foreign customers: due to the epidemic, the productivity of all countries has been severely hit, most of their products have been sold out, and the inventory in the warehouse has reached a record low, and there is an urgent need for purchase. The current situation of Southeast Asian countries should not be underestimated. Overseas orders continue to return, and some Chinese companies have gone from "order shortages to burst orders." But in the face of the increase in orders, textile people are not happy! Because of the increase in orders, raw materials are also skyrocketing.

The customer is not a fool. If the price is suddenly increased, the customer has a great chance to reduce purchases or cancel the order. In order to "survive", they have to take orders at the original price. On the other hand, the supply of raw materials has risen, and because of the sudden increase in customer demand, there has also been a shortage of raw materials, resulting in some suppliers may not be able to provide parts to the factory in time. This directly led to the fact that some textile raw materials were not in place in time and could not be delivered on time when the factory was producing.

Hurry up and hurry up to ship. I thought it would be possible to ship smoothly, but I didn't expect the freight forwarder to say that it is very difficult to order containers now. From the beginning of the arrangement of shipments, no shipments were successful after a month. The sea freight is tight and the price of sea freight is soaring. Looking at the high sea freight, I have to stop...The finished goods can only be left in the warehouse and wait, and the time for the return of funds is also increasing.

A clear understanding of the return of overseas textile orders

The rise in the prices of upstream raw materials and fabrics will, to a certain extent, inhibit the continued recovery of foreign trade demand, and this situation has begun to appear. More importantly, from the perspective of the general market development trend of the industry, the return of overseas orders is only a temporary phenomenon, lacking long-term logic and unsustainable. Insiders believe that textile and apparel companies in India and Southeast Asia have advantages in labor costs, energy costs, land costs, government taxes, tariffs, environmental protection, and many other aspects. The gross profit margin of Southeast Asian textile and apparel companies is more than 5 percentage points higher than that of domestic companies. , Once the epidemic is over, these orders will definitely return there. Domestic enterprises must have a clear understanding of this, and must balance short-term benefits and long-term strategies. Don't mistake this for a good opportunity for the textile industry to make money, let alone blindly expand production after getting a few overseas orders.

The temporary nature of the return of textile orders also shows that in the global industrial chain, Chinese manufacturing has a more important role to play. The previous competitive advantage in the middle and low-end product market has been transferred to India, Southeast Asia and other countries, and will continue to be transferred in the future. Now the way for Chinese manufacturing is to gradually increase the added value of products, further enhance the irreplaceability, and open up domestic and international markets. A key node in the double cycle to achieve sustained and high-quality development of China’s foreign trade.

During the continuous fermentation of the epidemic, the domestic textile and garment industry is facing new challenges and changes, but at the same time, the crisis is organic and the crisis can turn for the better. Industry insiders have noticed that there are many high-end fabrics and functional fabrics that only China can do, because China's industrial chain is complete, which ensures that these orders will not be taken away by other countries, and the profits are considerable. The advantage of the domestic textile industry is to take a differentiated route and enter the mid-to-high-end field.