Airplane Loom Machine, What's It All About?

What is the Air Jet Loom?

Air-jet weaving is a type of weaving in which padded yarn is inserted into a warp shed with compressed air.We can define the air-jet loom in different ways.A loom, in which the weft yarn is propelled through the shed by a jet of air.OR, a very high-speed shuttle loom that uses an air jet to propel filled yarn through a shed.OR, a loom that uses a jet of air to carry yarn through a shed.The air jet loom is one of two types of fluid jet loom,the other being the water jet loom.Air-jet looms have become extremely popular in recent years.The air-jet weaving machine was chosen by Textile World magazine as one of the top innovations of the last decade.The number of manufacturers of air-jet weaving machines has increased considerably in the last few years.Intensive research and development of air-jet weaving machines continues.As a result, jet looms are getting wider,faster and more economical than ever. 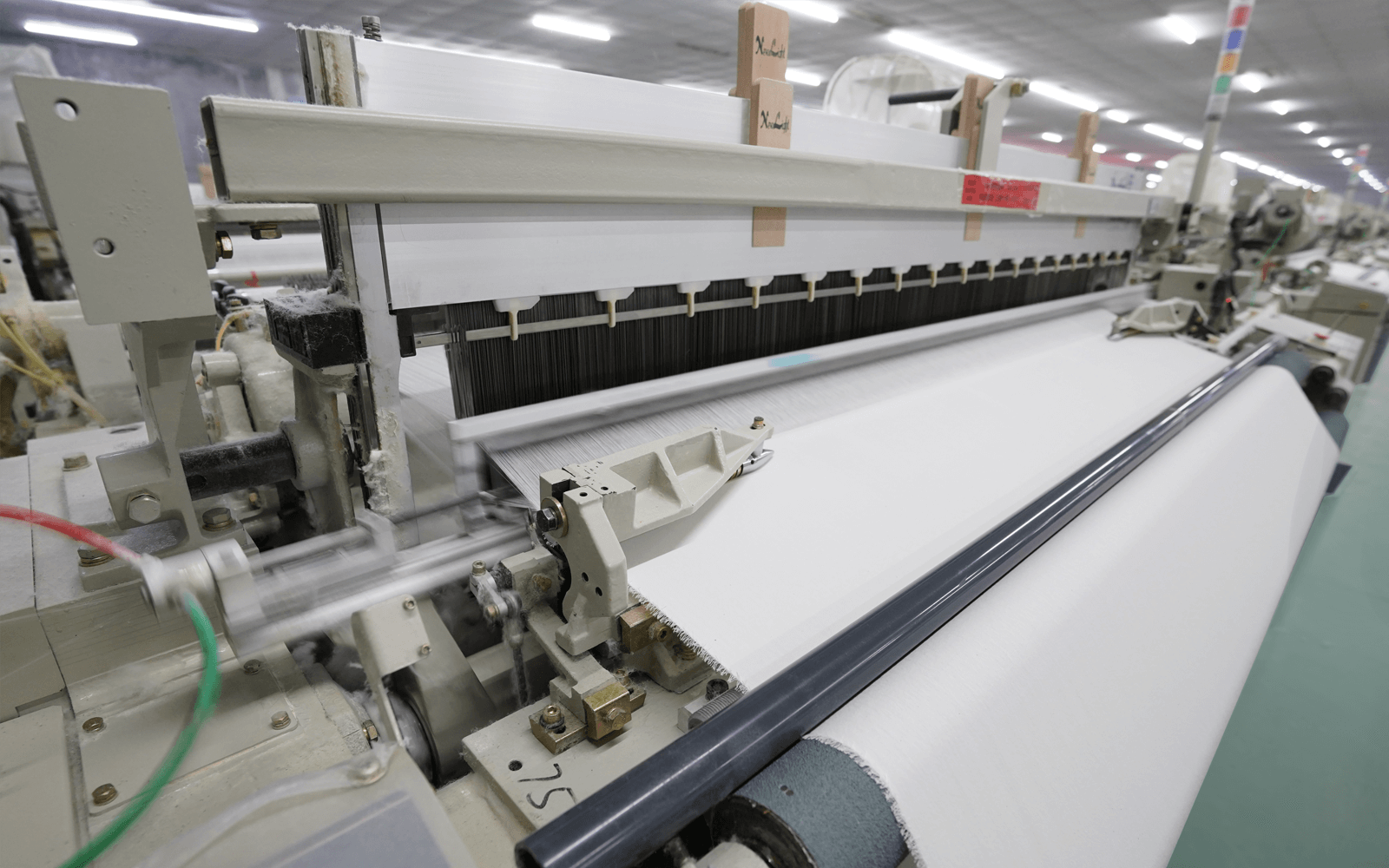 Background to the Invention of the Air-Jet Loom:

U.S.Pat. 4,606,152 illustrates a method and apparatus for grinding or buffing a metal reed of an air-jet loom by moving a buffer along the tunnel by hand while the reed is positioned on the loom.

U.S. Pat.No. 4,640,316 illustrates another apparatus for treating an air-jet loom reed,while on the loom the air measuring apparatus is moved by hand in a sliding motion along the top of the loom reed.Heretofore there has been no method or apparatus available which uniformly and consistently permits the measurement of the air current, and at the same time affords the means of making the indicated adjustment of the loom reed to the requirements of the air current performance. Correspondingly, the object of this invention consists in the analysis and regulation of the flow of air for different types of filling, with a view to the reduction of the air consumption of the loom.The other object of the invention is to permit the correction of the problems connected with the insertion of stuffing,and to assist in speeding up the loom,while at the same time providing higher quality cloth with fewer loom stops.

Features of the Air Jet Loom:

Some of the key features of the air-jet loom are mentioned below:

1．In the case of the air-jet loom, a higher weft insertion performance occurs.

3．It requires up to eight multi-color weft insertions.

4．The jet loom offers a higher yield than the others.

Advantages of the Air Jet Loom:

Different advantages of the air-jet loom have been pointed out in the following:

1. In the case of the air-jet loom, the noise level is lower than that of the rapier loom and the missile.

3. Weft insertion performance is too much here (normally 600pm).

Disadvantages of the Air Jet Loom:

The main drawbacks of the F-jet loom are-

1. Broken picks or missed picks have occurred due to excess air pressure in the main nozzle.

2. In the case of an air-jet loom, due to the air resistance, the yarns pile up and buckle at the tips.

3. Double picking may occur in the air-jet loom.

4. The warp of the weft is formed along the weft direction due to the variation of the pressure.